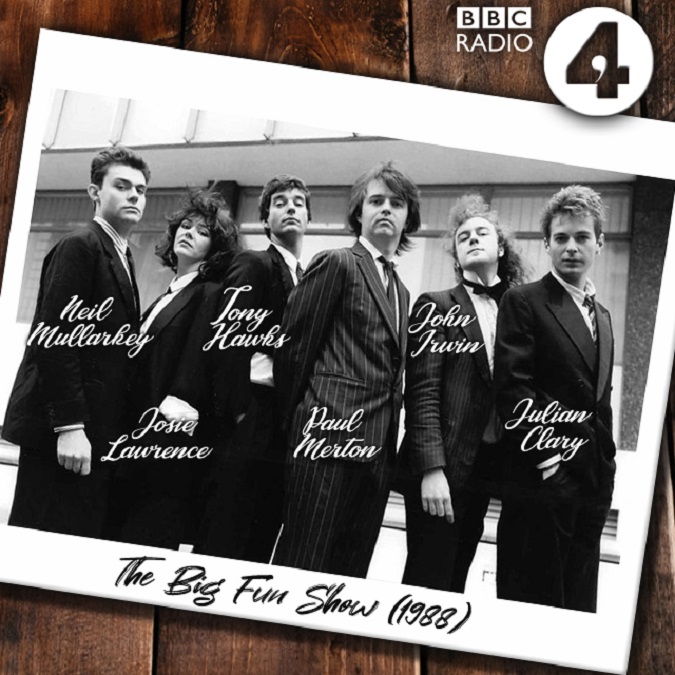 The Big Fun Show was a radio sketch show written by and hosted by Paul Merton & John Irwin.

Running for one series in early 1987, the show also starred Josie Lawrence, Tony Hawks and Neil Mullarkey and Julian Clary.

A typical episode would contain Paul & John’s intro, and a sort of over-riding surreal story – The Attack Of the Ironing Boards or similar. It would have a song by Tony Hawks, either solo or accompanied by Josie Lawrence, a couple of sketches by Tony & Neil in the guise of the Timid Twins, and an episode of a faux-Victorian melodrama – “Ruffles – Gentleman Surgeon”, which chronicled the adventures of a sort of Robin Hood/Raffles/Jack The Ripper composite who stride the fog-filled streets of Victorian London taking internal organs from the rich and donating them (surgically) to the poor.

A lot of the routines contain the seeds of sketches that were later to appear in “Paul Merton – The Series” on Channel 4, also written by Merton & Irwin – like the multiple dream-within-a-dream sequence.

Each show would finish with a big set-piece sketch, written by Paul, John & Julian, where Julian would be the much-anticipated “new arrival” – whether it was a new captain on board a pirate ship, an alien about to emerge from his spaceship, the new sheriff in a Western town, or, most famously, as a new Desk Sergeant in a police station, with Paul Merton playing his exasperated boss (“And what’s all this I hear about you forming a Shiny Helmet Club?”) 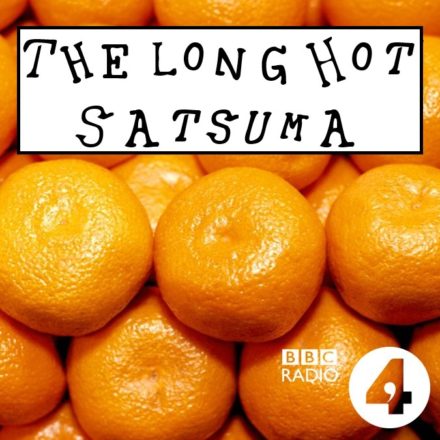 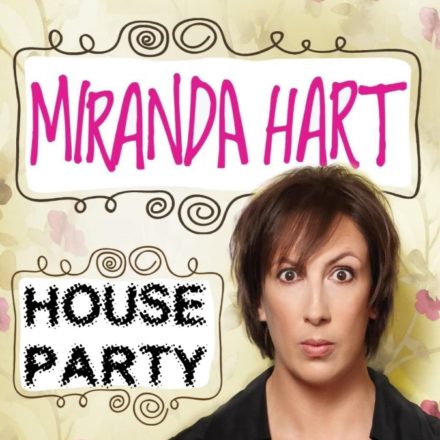 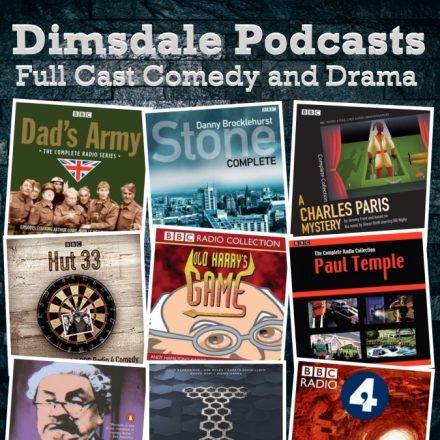 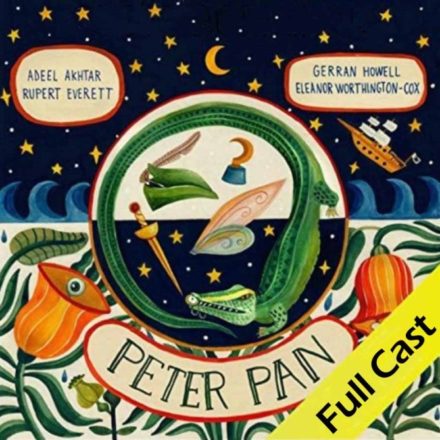